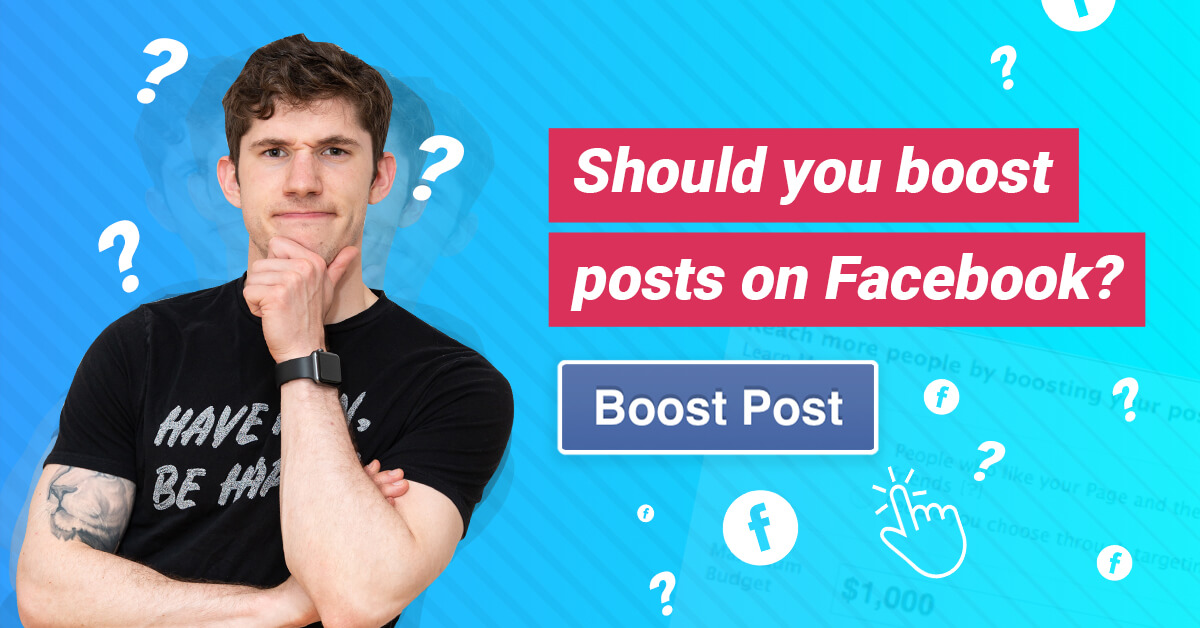 One of the most common questions I’m asked is: should I boost posts on Facebook? It’s a great question. You can’t seem to get away from that big blue button on Facebook.

If your post is performing well, Facebook encourages you to boost it to reach even more people.

If your post is performing poorly, Facebook encourages you to boost it to help it reach more people…

It’s no wonder lots of people have questions about boosting posts and whether it’s worth it or not. It can be a little overwhelming, especially if you’re new to the Facebook ads game.

There’s a lot of strong opinions out there on boosting posts. Some people think they’re amazing. Some people say they’re a waste of time and money.

A boosted post on Facebook is a post on your Facebook page’s timeline that you put advertising spend behind to ‘boost’ it to a larger audience. This is the simplest way to advertise on Facebook, as you’re able to reach a new audience with just a couple of clicks. 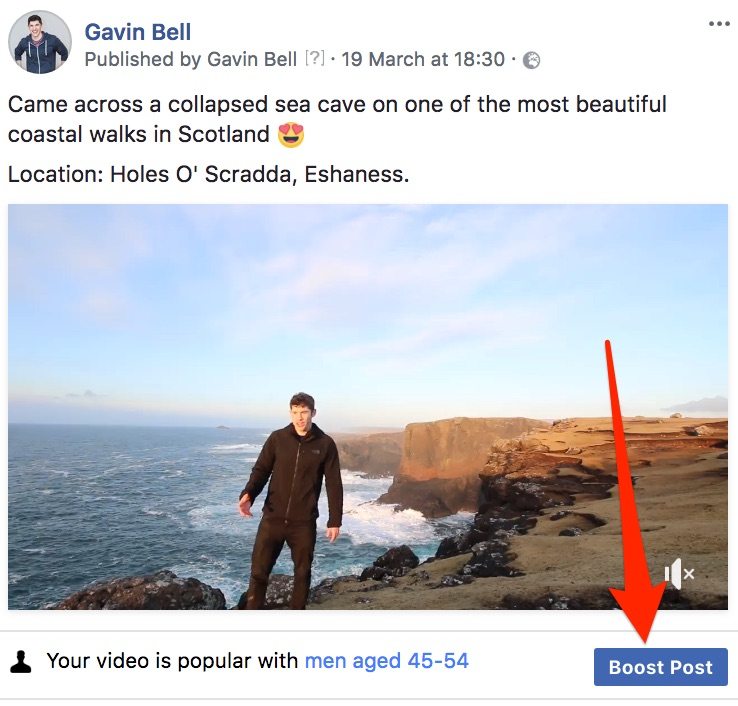 It’s very easy to boost a post on Facebook and as I said, they actively encourage you to do it.

You’ve probably seen the notification that says “Your post ‘xyz’ is performing 95% better than your other posts…”. This makes it very easy for people to waste their cash.

The difference between boosted posts and Facebook sponsored ads

On the other hand, Facebook ads are created inside the Facebook ads manager and allow for much more sophisticated customisation.

This little graph shares some of the differences between the two.

Essentially, creating ads through the ads manager gives you a lot more control and is a lot more powerful (when used correctly) than boosting. But that doesn’t mean boosting doesn’t have its place.

It’s turned Facebook into a ‘pay to play’ platform, much to the dismay of many marketers and business owners. However, we should see it as an opportunity.

Facebook provides us with the best advertising platform available today. Do you really expect that to be free?

You don’t need to boost or promote all your posts.

It really depends on your goals and audience.

I’m a big advocate of only boosting or promoting posts that have performed well organically. I use my Facebook feed as a testing ground for my content. Once I see a vlog that’s doing really well, I boost that… adding fuel to the fire.

Boosting posts on Facebook, like any form of advertising, costs money. But how much will clicking that boost button cost you?

Well, with any advertising on Facebook, the answer really is: it depends. But it depends on what you want to pay. When you’re boosting a post (or creating an ad through the ads manager) you set the budget.

The minimum budget is $1 per day, so hypothetically, you could create an ad, set the budget to $1 per day and run it for 1 day.

But the more you pay, the more people you’re going to reach.

The easiest way to get an accurate idea on how much it’s going to cost you to boost a post on Facebook is by jumping into Facebook and having a look! When you go through the boosting process on Facebook, it’s going to give you an estimate on how many people you’ll reach based on the budget/days you’ve specified.

These numbers will always change based on things like where you’re targeting (for example, some locations are more expensive than others, time of year etc.)

The first thing you need to do is head over to your Facebook page. Simple enough.

Then, find the post you’d like to boost. I’ve chosen this one here where I interviewed Andrew & Pete on my podcast. 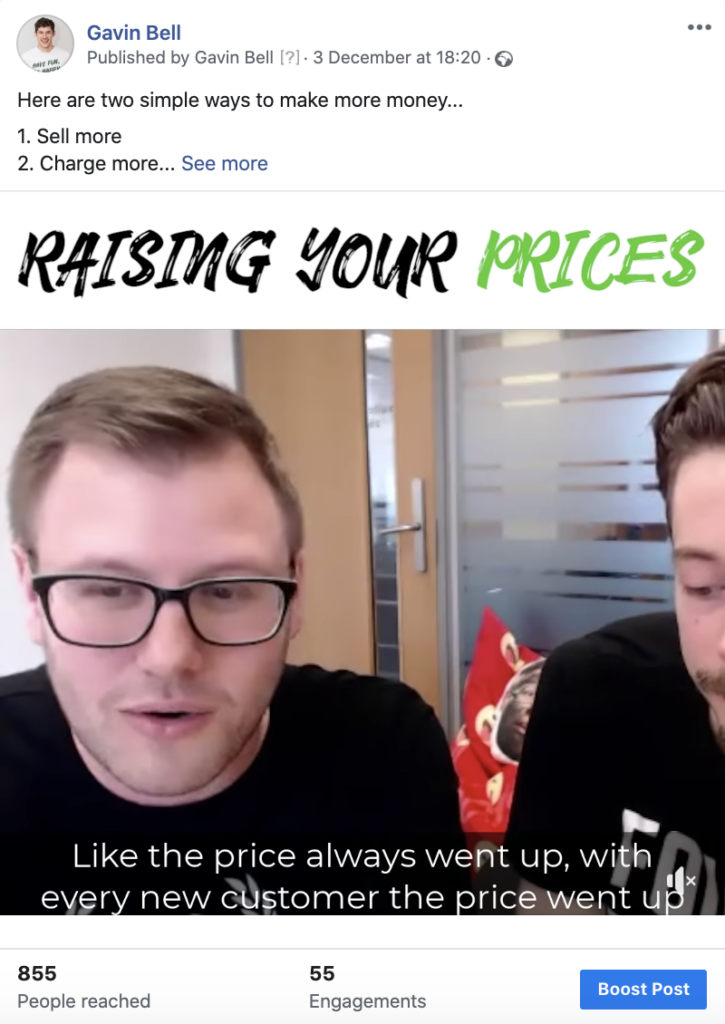 Click on that big unmissable ‘Boost Post’ button underneath your post. It’ll then bring this box up, which invites you to set your targeting and budget. 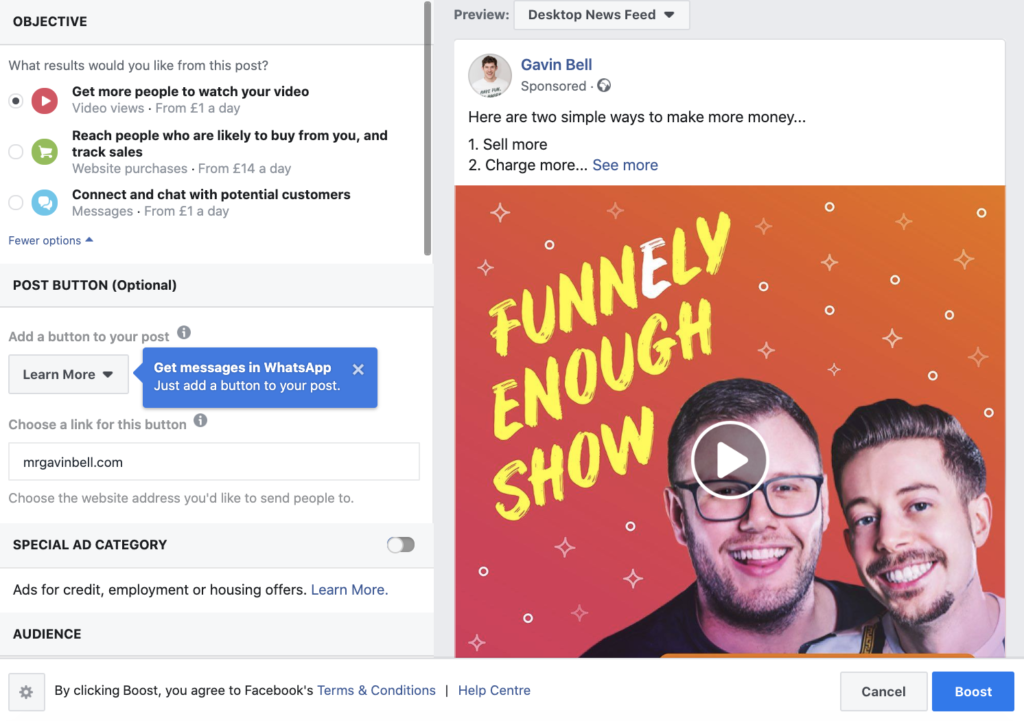 So go ahead and set that targeting and budgeting up, using the features there. Just like we’ve done here. 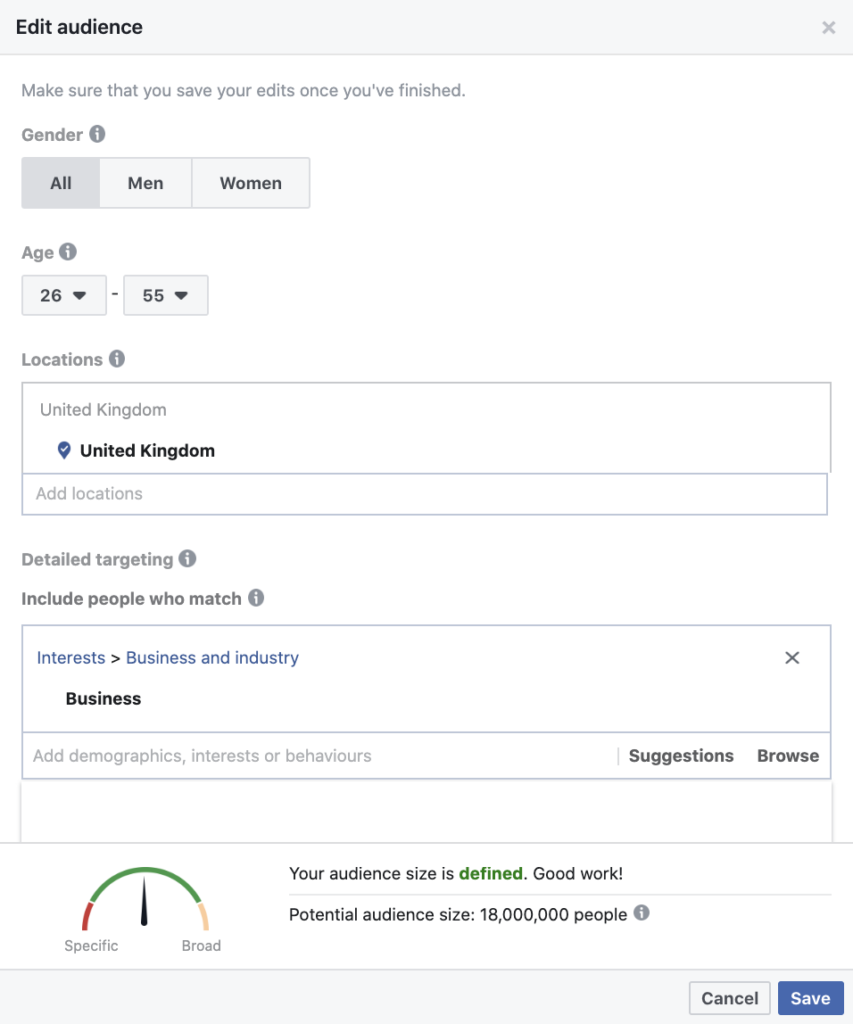 Once you’ve confirmed all that good stuff, go ahead and click boost! Your ads will then enter a reviewal process, where Facebook will make sure you’re not promoting anything dodgy… and once they determine you’re a-ok, the ad will start running 🙂

There we go! Facebook ads vs boosted posts. What is best? Well, now I hope you have the answers! Short answer from me: if you have strategy behind why you’re boosting a post, such as you simply want to boost engagement amongst a predetermined audience, go for it. However, if you’re looking to drive real business results through your advertising spend, you’re going to want to run ads through the ads manager.