Snapchat: A Guide on How and Why You Should Use it 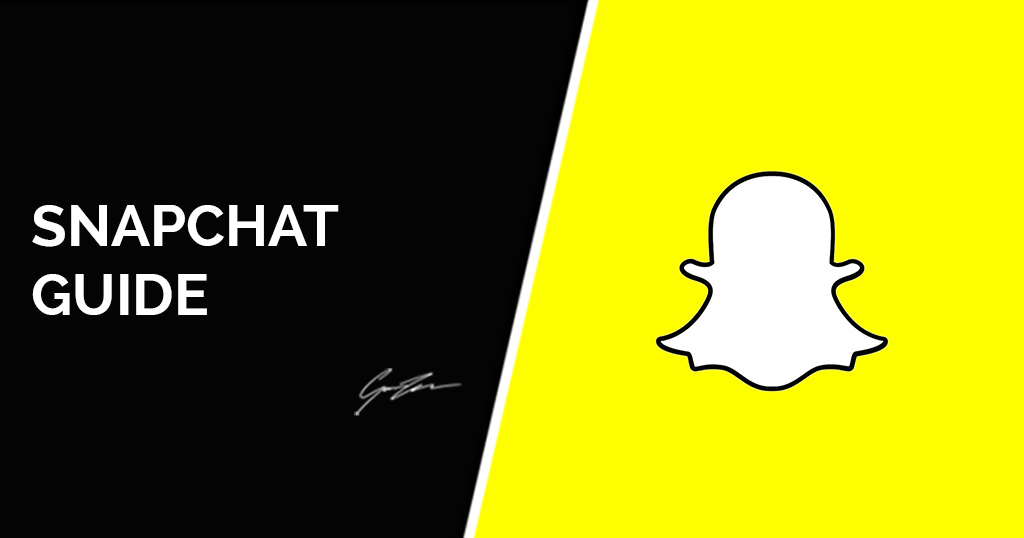 Snapchat has changed dramatically over the last few weeks/months. It’s been a very interesting change for me. Led massively by the likes of Gary Vaynerchuk, marketers and an older demographic, in general, are now flocking to Snapchat.

Snapchat has always had a young user base. 45% of Snapchat’s users are under 25 and they’re almost at 200 million active users. I’ve seen this shift from a very interesting perspective. Being 21 and in the original Snapchat user demographic, I’ve been actively using the app for around 2 years.

In the 2 years previous to now, the stories and snaps have all been friends sending each other drunken videos and pictures. Students like nothing better than waking up on a Sunday morning and rolling over to watch their Snapchat story from the night before.

Like with any platform, the kids go there first and then the older generation follows. Remember when you got that Facebook friend invite from your mum?

Why should I start using Snapchat?

As marketers and business owners, we want to be at the forefront of the shift to new platforms. We want to get on to the new platforms before everyone else. By doing so, you’re able to build an audience early and effectively grab some fertile ground.

Take a look at Periscope. It’s still a relatively new platform but if you look at the people that are most followed on there, they were just the ones that got their first!

But how does it relate to business?

Snapchat is all about telling stories. You can take little videos and pictures and add them to your ‘Story’ which is available for all your friends to see (for up to 24 hours before it disappears).

Don’t think about how Snapchat necessarily has a monetary ROI. Think about the relationships you’re building. You’re getting the opportunity to show your audience a day in the life of you. You can also see what other people are up to. You can chat to them.

Like no other platform, you’re able to get very close to the person you’re following. It speeds up the whole meet, like, know trust process!

[bctt tweet=”Snapchat is very much about building audience depth; not width.”]

How to use it effectively

I’ve got very strong feelings on how Snapchat should be used. Mostly because I have seen the shift of older people coming on to the platform and a lot of what they share is unbelievably boring.

For that reason, here are my top 3 tips for using Snapchat effectively:

Use other platforms to build your snapchat following

Snapchat is unlike all the other platforms. There’s no native way to find and add other users, so you’ve got to leverage your audiences on existing platforms to build your audience there.

Use things such as Twitter and Facebook to get people to add you. I created this image to try and drive people to add me on Snapchat.

Snapchat also brought out custom links which people can use to add you. They look like this:

Use things like this to get more friends on Snapchat, as well as adding contacts etc. from your phone.

Keep your snaps short and entertaining

Snapchat is a fun app. You’ve got 10 seconds max to share your video/picture and so you’ve got to be creative. Snapchat stories (for the 24 hours) should never be more than a few minutes long, in my opinion.

If you’re going to share things like business tips etc. that’s cool, mix them amongst other fun content. Don’t just speak into the camera non-stop for 2 minutes. If you want to do that, hop on to Periscope.

Engage with others and start to build relationships

Right now, whilst Snapchat is only really being used by marketers and business owners that are ahead of the game, there’s a massive opportunity to start building relationships with well known authorities.

Within the next 12-18 months, these people will have too many followers to engage with everyone and so get on now whilst you can and start using Snapchat to build those relationships.

There’s no doubt that Snapchat is a huge player in the social media game and I can only see the platform growing and growing.

Don’t be left out. Get on Snapchat now and starting building that audience.

Add me on Snapchat and let’s chat: mrgavinbell

I want to hear from you. Who’s your favourite person to follow on Snapchat?